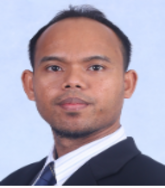 Mohd Hasmizam Razali has his expertise in nanomaterials and functional materials. He has a PhD degree in Materials Engineering (Nanomaterials) from Universiti Sains Malaysia (USM), MSc in Chemistry (Catalyst) and BSc (Hons) in Chemical Industry from Universiti Teknologi Malaysia (UTM). Currently, he is a Senior Lecturer at School of Fundamental Sciences, Universiti Malaysia Terengganu (UMT), Malaysia. He has published more than 30 technical papers in journals and conference proceedings locally and internationally related to the nanomaterials and functional materials research. Owing to their significant impacts to the science, economy and society, his innovative research and inventions have attracted global and national interests, enabling him to secure financial support from both private and government agencies. He has been awarded Whoâ€™s Who in the World for 3 years in a row 2013, 2014 and 2015 by The Marquis Whoâ€™s Who Publications Board. In 2014, the Cambridge Biographical Centre listed him as one of 2000 Outstanding Intellectuals of the 21st Century. He is also the recipient of the MAWHIBA Award and GENEVA Gold Medal Award in 1999. 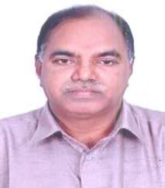 Dr. C. K. Mahadevan (born in 1958), hailing from Nagercoil, Tamil Nadu, India, has acquired his B.Sc. (in 1978 from Madurai Kamaraj University), M.Sc. (in 1980 from University of Madras), Ph.D. (in 1984 from I.I.T. Madras) and D.Sc. (in 2002 from Madurai Kamaraj University) degrees in Physics. Apart from serving for some time in different places in India, USA and China, he had his (major) service in S. T. Hindu College, Nagercoil for more than 26 years. Currently, he is a CSIR Emeritus Scientist in the Physics Department of Bharathidasan University, Trichy. He has more than 32 years teaching experience (taught B.Sc., M.Sc., M.Phil. and Ph.D. Students) and more than 38 years research experience [Guided 2 Research Associates and (more than) 40 Ph.D., and 116 M.Phil. Scholars; Availed 12 Externally Funded Projects; Organized 11 Regional/National Seminars/Conferences; Published 2 Review Articles and 225 Research Papers in International Journals; Published 142 Articles in Proceedings and other journals; Published 1 Book Chapter, 4 Text Books and 8 other Books; Filed 12 Patents; and Presented 595 Papers (mostly through Ph.D. Scholars) and 77 Invited/Keynote/Plenary Talks/Addresses in Conferences]. His major research area is Solid State Materials [Preparation and characterization of new and hybrid (doped/mixed) crystalline and nanostructured materials to explore potential applications]. He is a winner of several coveted awards like Best Book Authorship Award (1995), Best Teacher Award (2008-2009) and Best Scientist Award (TANSA) (2008) from the Tamil Nadu State Government; Research Award (2006) from UGC; Prof. P. Ramasamy National Award for Crystal Growth (2006) from IACG; Academic Achievement Award (2010) from KAAS; Lifetime Achieverâ€™s Award (2012) from SAA and 20 Best Paper Presentation Awards (through Ph.D. Scholars). He has been selected as one of the Eminent Personalities of India by the International Biographical Research Foundation, India. He has been elected as a Life Member of The National Academy of Sciences, India and a Fellow of The Academy of Sciences, Chennai. He has served in several academic and research related Committees and Boards; chaired sessions in 54 national/international conferences and reviewed papers for 35 international journals. He has delivered several lectures in the Refresher courses conducted by the Anna, Kerala and Pondicherry universities and in the neighboring institutions to encourage research activity by the young teachers of colleges and universities. He has visited foreign countries like USA, Singapore, China, Malaysia and Hong Kong. Some of his special contributions to S. T. Hindu College are: (i) Developing the Physics Department of S. T. Hindu College as a recognized Research Centre; (ii) Bringing to the College the UGCâ€™s Innovative Program (M.Sc. Nanoscience and Nanotechnology); (iii) Getting to the Physics Department the PG Development Grant of UGC during the VIII, IX, X and XI Five Year Plan periods; (iv) Getting the FIST-DST grant to the College; etc. 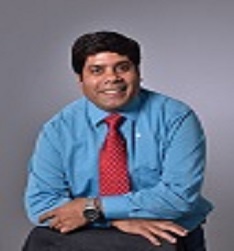 Ajay Kumar Mishra (MSc, MPhil, Ph.D., CSci, FRSC) is a full Professor at the Nanotechnology and Water Sustainability Research Unit at College of Science, Engineering & Technology, University of South Africa, Florida Science Campus, South Africa. Prof. Mishra is currently working for University of South Africa as â€œFull Professorâ€ since January 2015. He is also working as â€œAdjunct Professorâ€ at Jiangsu University, China. Prof Mishra recently recognised as â€œFellow memberâ€ and â€œChartered Scientistâ€ by Royal Society of Chemistry, UK. Prof AK Mishra research interest involves in the broader areas of Nanoscience/Nanotechnology; Materials Science; Polymers; Composite/Nanocomposites; Photocatalysts and Water Research. He is also actively involved in the area of nanotechnology towards the development of smart materials for various applications in the field of materials science and water research. He supervises students involved in the nanotechnology and water treatment research in projects involving organic, inorganic pollutants from both synthetic and wastewater solutions. His research focuses aims at developing a protocol which may lead to developing a technology which may be utilized for industrial purposes. He has delivered a number of including Plenary/Keynote/Invited Lectures. For his outstanding research profile, he was awarded a number of international awards. Prof. Mishra also served as Associate Editor as well as a member of the editorial board of many peer-reviewed international journals. He has edited several books by the renowned publishers and also a reviewer of many international journals. He is serving as member advisory board of a number of international scientific societies, conferences, and workshops. 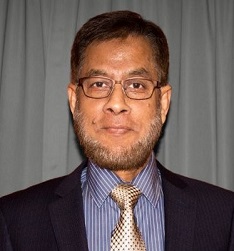 I am a professionally trained-qualified Materials and Corrosion Scientist/Engineer with Chartered Engineer (CEng) status, with over 25 years of professional work experience, which includes over 20 years related to Materials, Corrosion and Nanotechnology and over 10 years related to training management. I am also an Assessor, Scrutineer & Interviewer on behalf of The Institute of Materials, Minerals & Mining (IOM3). To date, I hold more than 100 publications which include â€“ over 6 patents, 6 books/book chapters, and over 30 conference papers and confidential reports for industry and government sector establishments. In December 2013 as a Guest Editor, I have completed editing a Special Issue of Journal of Experimental Nano Science (Taylor and Francis - publishers). Further information can be found on the following links: https://doi.org/10.1080/17458080.2016.1188460 https://www.tandfonline.com/doi/abs/10.1080/17458080.2014.869005 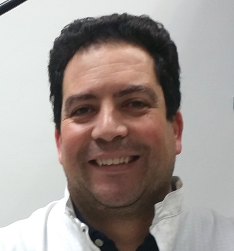 Head of the Department
Institute of Micro and Nanotechnology
Spain

Dr Jose Miguel Garcia-Martin is the Head of the Department of Fabrication and Characterization of Nanostructures at the Institute of Micro and Nanotechnology (IMN), Madrid, Spain. His research work focuses on the study of different nanostructures (such as nanoparticles, nanocolumns, lithographed elements and thin films) with applications in various fields: magnetism, plasmonics and biomedicine. In the last few years, he has led the projects entitled Magnetic antidots, Large-area advanced materials based on nanopillars and nanoparticles, NeuPES (Electrical stimulation with nanostructured electrodes) and Nano implant, which won the IDEA^2Madrid Award (a partnership of the Madrid Government and the Massachusetts Institute of Technology, MIT). He has co-authored 82 articles (which have received more than 3000 citations) and 2 patents.

Study of different nanostructures (such as nanoparticles, nanocolumns, lithographed elements and thin films) with applications in various fields: magnetism, plasmonics and biomedicine, antibacterial coatings and nanostructured electrodes for cell stimulation. 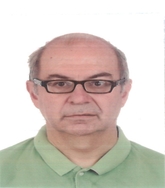 Francisco Torrens is a lecturer in physical chemistry at the Universitat de ValÃ¨ncia. After obtaining a Ph.D. in molecular associations in azines and macrocycles from the Universitat de ValÃ¨ncia, Dr. Torrens undertook postdoctoral research with Professor Rivail at the UniversitÃ© de Nancy I. More recently, Dr. Torrens has collaborated on projects with Professors TomÃ¡s-Vert, Salgado and Castellano. Major research projects include prediction of the environmental impact of chemical substances using chemobioinformatics tools, discovery of new inhibitors of tyrosinase: computational design, synthesis, characterization and experimental corroboration, search for new antimicrobial agents that inhibit the synthesis of the bacterial cell wall, minimal active domains of proteins of the Bcl 2 family, development and application of quantum chemistry methods and techniques to studies of drugs, analysis of pores of BAX at nanometric scale and study of the in vivo antioxidant capacity of phenolic compounds through QSAR/QSPR modeling: crossing of the blood-brain barrier and interactions with cytochromes and drugs. His scientific accomplishments include the first implementation in a computer at the Universitat de ValÃ¨ncia of a program for the elucidation of crystallographic structures and the construction of the first computational-chemistry program adapted to a vector-facility supercomputer in a Spanish university. Dr. Astuty Amrin is currently the Dean at Razak Faculty of Technology and Informatics, UTM Kuala Lumpur. Prior to this appointment, she served as the Deputy Dean, School of Graduate Studies. She received her Bachelor in Materials Eng. (pioneer batch) from USM in 1988, MSc in Corrosion Science and Engineering from UMIST, UK and PhD in 2005. She serves as an academic for 30 years at UTM. Currently, she is also a member of the Malaysia Engineering Dean Council. Her research interest is devoted to Materials Science and Engineering specifically on high temperature oxidation of alloys, compositional modification of newly developed (Î±+Î²)Ti-Alloys, developing accelerated corrosion test procedures for Malaysia automotive industry, ultraviolet treatment for microbially-influenced corrosion of steels, rejuvenation of Ni-Cr superalloy turbine blade etc. She was appointed as a Visiting Professor at Sudan University of Science and Technology in February and December 2016. She has been appointed as a Visiting Professor at King Mongkutâ€™s University of Technology Thonburi, Bangkok, Thailand since 2015 and panel of expert for MSc in Corrosion Engineering programme at Universiti Teknologi Petronas, Malaysia. Dr. Astuty is also a member of Board of Director for Asia Professional Education Network hosted by Advanced Institute of Industrial Technology, Japan. Nanomaterials and Nanotechnology of cellulosic materials. Hamid Bahai received his Ph.D. degree in 1993 in Computational Mechanics from Queen Mary College, University of London. Between 1993 and 1995 he worked as a Senior Research Engineer at T&N Technology where he was involved in research and development work on several projects for the automotive and aerospace industries. This was followed by a period at Halliburton Inc during which time he carried out design and analysis of a few major offshore structures. In 1996 he moved to the aerospace industry by joining Astrium, an aerospace subsidiary of European Aeronautics Defense and Space company, whereas a senior scientist, he played a leading role in conducting design, mathematical modeling and computational analysis of Euro3000 spacecraft structures and Arian launcher/spacecraft adapter. It was during this period that he was made a fellow of the Institute of Mechanical Engineers for his outstanding technical contributions and services to the scientific and engineering communities. In 1998 he returned to academia and joined Brunel University where he is currently a Professor in Computational Mechanics and Head of Department of Mechanical & Aerospace Engineering. He has led several research projects covering a wide range of topics in the area of Computational Mechanics and has published over 120 papers on various themes in the field. Amongst Hamid Bahaiâ€™s many theoretical and applied contributions include the development of a new type of non-linear shallow shell strain based finite element and a novel inverse eigenvalue formulation for optimizing the vibratory behavior of structures. His current research interests include the development of non-linear finite element formulations and fluid-solid interaction algorithms He has conducted consulting work in the field of structural integrity for the many UK and International companies and has given invited talks and courses the world over on various topics in structural computational mechanics. He is the Editor-in-Chief of the European Journal of Computational Mechanics.